I would like to take this opportunity to make my family and cousins aware of this potentially fatal inherited disorder, which has been identified in our genetics. Diagnosed early, it is easily treated by donating blood (phlebotomy). I have this disorder and so do many other residents of Cape Breton Island, an area settled predominately by Northern Europeans (Celts).  Please take time to read about it at the link provided.
Thank you
Colleen MacDonald MacLeod (page 121 Fair is the Place) 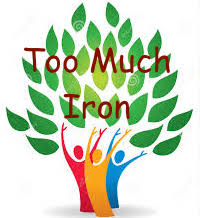 Hereditary hemochromatosis is a genetic, metabolic disorder that results in iron overload; the body absorbs and retains too much dietary iron. It is a primary disorder of iron metabolism that can affect many organ systems including the liver, pancreas, heart, endocrine glands and joints. It is potentially fatal, but easily treated if diagnosed early, before the excess iron causes irreversible damage.

The Most Common Genetic Disorder in the Western World

Hereditary hemochromatosis is an autosomal recessive disorder, meaning that a person needs to inherit two defective copies of the gene, one from each parent, in order to be affected. Men and women are affected equally. People with just one copy of the mutated gene and one normal copy are referred to as carriers, or heterozygotes. While carriers only rarely develop hemochromatosis, children of two carriers may inherit the defective genes from both and develop the disorder. Current research estimates that 1 in 9 Canadians are carriers, making the above scenario a very real possibility.

Theme by Anders Noren — Up ↑